For centuries, the French institution of Prud’homie (the tribunal of wise or reputable men, elected by the fishing community; from the Latin, probi homines) has adapted itself to the times, more or less comfortably, in ways that preserve the artisanal activity of fishing communities in France. Until the start of the 1960s, the responsibility for managing fisheries in their localities was conferred to the Prud’homies, who shared out amongst the members of their communities, access rights to marine resources and local fishing areas. Faced with the current capital-intensive development of the fisheries sector, the Prud’homies have tried to maintain the artisanal character of their communities. 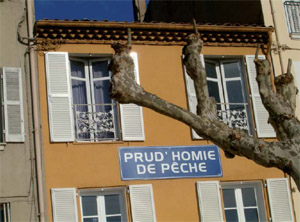 The history of the Prud’homies is marked by conflicts with immigrant fishermen little accustomed to such a form of local regulation, and by the costly processes of bringing fisheries into the public domain and under the management of the Prud’homies. Though disbanded by the French Revolution, the institution was reestablished in 1792, and by the end of the 19th century, when the entire national fisheries sector was codified under five decrees, the institution was reaffirmed and its field of regulatory action defined through a decree dated 18 November 1859.

A fishing community may elect between four and seven prud’hommes to organize fishing activities in a well-demarcated locality. These prud’hommes have regulatory, legal and disciplinary powers over fishermen. They act as recognized ‘controllers’ and manage the assets of the community. They seek to preserve fishing areas and ensure regeneration of resources.

The State assigns resources and marine zones to the Prud’homies, who often forbid or constrain large-scale fishing techniques, and strive for a low catching capacity, so that everyone in the community can make a living from fishing. This collective way of sharing use rights technically, spatially and seasonally leads to homogenous production methods, and encourages the fishermen to invest in diverse techniques and know-how.

Governance rests mainly with the Prud’homies, with the State playing a supervisory role through the mediation of local administrations. The fishing regulations are decided by a general assembly, or by the council of Prud’hommes, through community principles founded on respect for the individual and for future generations, which translates into protection of resources and localities.

The Prud’hommes say: “Everyone must be able to make a living from their profession; the sun rises for all; we must avoid the displacement of one profession by another; it is better to regulate than to ban a profession which provides a living; species (the ‘stones’) must be allowed to rest; we should aim to make a good living from the sea, not exhaust it, and leave its resources for our children…”

In sum, the Prud’homies constitute a localized administration that is simple and democratic, allows fairly large communities of fishers to make a living from coastal fishing, and is able to accommodate several waves of in-migration to the profession, while preserving the fishing grounds and their resources; the Prud’homies, thus, encourage sustainable development.

From the 1960s to the end of the 1980s, the Prud’homies had to resist the expansionist development of the fisheries sector. With the State encouraging capital-intensive fishing units in an enlarging market, including a common market for canned products, the pressure on some stocks (sardines, anchovies, tuna and cod) increased. The production-oriented logic of the State is based on strong intervention and deregulation, in contrast to the sound management practices of the Prud’hommies. In addition, the State encourages ocean research and maritime prospecting; distribution and commercial channels for highly perishable products; port infrastructure; and financial incentives for modernization, technological innovation and specialization in intensive fishing techniques.

This dynamic of competition leads to segmentation of the fleet into one sector with a strong catching capacity, and another with fewer and fewer small-scale operators who tend to specialize in artisanal techniques, or to focus on high-market-value species for increasingly well-supplied local coastal markets.

Their resistance to these developments has increasingly alienated the Prud’homies from their supervisory administrations, which are putting in place other professional structures like fisheries committees and producer organizations. The Prud’homies continue to organize small-scale operators; they also sometimes attempt to reconcile small- and large-scale operations and protect the fishing localities from the ill effects of industrialization, urbanization and the spread of tourism and leisure activities.

With Europe’s borders opening up, internal and external markets are expanding, and fishing zones and fishery resources are being redistributed, even as public aid and finance are increasing. In brief, there are new opportunities in organizing access to resources and marine zones. Three scenarios seem possible.

First, if the European Union (EU) continues its expansionist dynamic, it could encourage large-scale, internationally competitive, integrated fishing enterprises, and confer on them special rights to stocks through, for example, individual transferable quotas (ITQs) and fisheries agreements in non- European areas. The bio-economic model of fisheries management, which seeks to limit global thresholds for fish catches, could also lead to the scrapping of vessels (mainly the older ones, so as to strengthen the competitiveness of the more modern ones) and resource management through a market for quotas.

Second, the growing campaigns by international environmental non-governmental organizations (NGOs) can influence policymaking. Aimed at protecting species in danger of extinction, and the biodiversity of fish habitats, these campaigns revolve around charismatic or iconic species like dolphins and whales. They also strive for the creation of sanctuaries or marine reserves or marine protected areas (MPAs). To further their objectives, these NGOs often align with others who use the ocean space, like recreational fishers, or pole-and-line fishers from Spain, and purse-seiners. It is thus foreseeable that resource management —as also management of marine, especially coastal, areas—will ultimately become the responsibility of pan-European and national level departments in charge of the environment.

Third, individual regions will themselves build up the competitiveness of their economic, social and environmental territories, by specializing them at the European level. Fishing will then become integrated as part of larger regional specializations. For example, in the Mediterranean, the quality of the coastal areas encourages tourism and residential activities, and fishing has to subsume itself to the heart of this larger maritime heritage. The regions are then charged with organizing access to resources and marine areas.

On the rocky Mediterranean coast, for instance a mosaic of Prud’homie management plans, strung out along the bays, together with an archipelago of small MPAs, managed through links to the Prud’homies, constitute a basis for the regional management of the resource and the coastal territories.

The first scenario of expansion of the fisheries sector gives priority to the overall European demand for seafood products, and seeks to maintain a source of supply at all costs, through imports, increased catches via new fisheries agreements, and by the liberalization of trade.

The second ‘green’ scenario views the market as a place where information for buyers is all-powerful. A series of actions is thus designed to ‘guide’ buyers to choose products that are ‘good’ or ‘bad’ for the environment, through the creation of certification schemes and environmental labels or ecolabels, and lobbying fish merchants, wholesalers, supermarket buyers and restaurateurs.

The third market scenario envisages maritime regions differentiating and valorizing their products in line with their chosen specialization, focusing on the issue of quality and harmony with the environment. For example, products coming from fishery areas that follow specific sustainable resource management practices could enjoy a premium in the market.

An international network of large companies could be pointed in the ‘right’ environmental direction. Alternatively, specific networks could be adapted to regional maritime specializations, as, for example, in the Mediterranean, where various systems have evolved for the direct sales of fisheries products.

The other issue relates to employment networks. Should labour networks be strengthened by facilitating the circulation of workers from one country to another within the EU and by increasing information flows about the profession of fishing? To do so would mean raising awareness through the media and developing specific training modules for different regions.

Each of these models of development carries within it a particular, potentially perverse, effect. The multinational operations of companies, as envisaged in the first scenario, and notably their international financing, could lead to a drain of European resources, and the transfer of wealth to countries outside Europe.

Granting priority to a single group of stakeholders like the environmentalists, without considering the larger socioeconomic implications, could be counterproductive. Thus, for example, the overall environmental impact of banning tuna fishing with the thonaille (small-scale drift-nets) in the Mediterranean could be quite negative since it could lead to a substitution effect of increased catches of coastal fish species.

In the context of the proposed reform of the EU’s Common Fisheries Policy, it is tempting to mix several possibilities— for example, an allocation of rights for the industrial offshore fishing fleet and an allocation for the coast that is shared among regions and environmentalists. To open up the fisheries sector to a strongly capitalistic development which shuns territorial limits, and encourages resource depletion and increased demand, would marginalize the artisanal fisheries sector. In any case, considering the marine ecosystem as an interaction between plankton and fish species, any spatial segmentation has no real ecological basis, since offshore species depend on coastal management, and benthic species depend on the small pelagics.

The environmental movement tends to undermine the very conditions for a profitable and varied artisanal fisheries, based on a diversity of species and products. The artisanal sector is thus forced to try and ‘negotiate’, step by step, the conditions for its survival.

The development of specialized maritime regions in Europe should aim to integrate a large part of the artisanal fisheries with forms of collective management, such as the Prud’homies. Mobilizing professional organizations and local citizens’ associations around a common objective linked to environmental specificities would be best for the people and their social, economic, environmental and political foundations.

This article was originally published by ICSF in Samudra Report 54, november 2009. Translation by Brian O’Riordan and James Smith. It is also available in French and Spanish.

History of the Councils (in French). fr.wikipedia.org/wiki/Histoire_des_conseils_de_prud%27hommes_en_France