When Wal-Mart announced in 2006 that it planned to purchase all of its wildcaught fresh and frozen fish for the United States market from Marine Stewardship Council (MSC)-certified fisheries by 2011, it was greeted with a mixed reception. There were those who wondered what the motivation of the corporation was in making such a decision, since many believed the typical Wal-Mart customer would not be willing to pay a premium for sustainable seafood. As the world’s largest retailer, with worldwide revenue of over US$404bn in 2009, there was also great uncertainty whether Wal-Mart could fulfill this pledge. In striving to meet the goal, questions were raised on the impact on those fisheries supplying products to Wal-Mart. Furthermore, it was wondered whether this move would be followed by other retailers in the US.

This is just one example of how the landscape of seafood retailing in the US market has changed considerably in the past several years. While not all United States (US) retailers have followed Wal-Mart’s lead to the extent of pledging 100 per cent sourcing from MSC-certified fisheries, an increasing proportion of the consumer-facing market (including national chain supermarkets, chain restaurants and food-service companies, as well as independent grocers and restaurants) have developed seafood sourcing policies that incorporate sustainability as a requirement. As a result, this has had a ripple effect on the rest of the supply chain to influence their seafood sourcing policies from domestic and imported sources. This includes purchasing an increasing amount of their wild and farmed seafood from sources deemed sustainable by either ecolabelling (third-party certification) programmes or other seafood recommendation programmes, such as seafood guides created by aquariums. 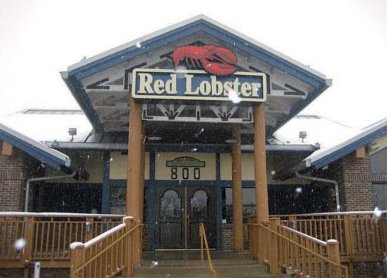 This article will briefly describe the sustainable seafood landscape within the US market, the motivations for the sourcing policies of the retail sector, and the implications for seafood suppliers in developing countries.

Two primary ecolabelling programmes currently provide the US retail sector with ecolabelled products, one for capture fisheries and one for aquaculture. The most widely adopted international ecolabelling programme for capture fisheries comes from the MSC, which certifies capture fisheries based on the environmental impacts of the fishery, as well as the management of the stock. Products from MSCcertified fisheries are sold throughout the US retail sector, although not all of it is marketed with the MSC logo. MSC-labelled products are sold in many different supermarkets, but brand recognition remains relatively low among consumers. With respect to aquaculture, the Global Aquaculture Alliance (GAA), with its partner organization, the Aquaculture Certification Council (ACC), has standards to certify farmed shrimp, channel catfish and tilapia to best aquaculture practices (BAP) standards, and is launching additional standards for other species. Darden Restaurants, the parent company of the Red Lobster restaurant chain, has been a strong supporter of the GAA. Ecolabelled farmed shrimp from the ACC can be found in several supermarket chains, including Wal-Mart and Target.

Besides ecolabelling programmes — since not all fisheries and aquacultured species are yet certified and there are competing points of view on certification — another primary means by which the retail sector may determine sustainability of seafood products is based upon recommendations made by environmental groups, including the Blue Ocean Institute, and aquariums. These programmes have evolved in the past decade to recommend to consumers and businesses which seafood products to buy or not buy, based on a variety of environmental criteria. Recommendations are often structured using categories such as ‘best choice’, ‘good alternative’, and ‘fish to avoid’, generally in combination with the use of traffic light colour coding to create green, yellow and red lists. Consumer guides come in the form of wallet cards, Internet guides and telephone guides on recommended fish products. The Seafood Watch programme of the Monterey Bay Aquarium (MBA) in Monterey, California, is the most prolific and perhaps successful of these programmes, which currently advises major food-service distributors, such as the Compass Group and Aramark, on their seafood sourcing decisions. Other aquariums, such as the New England Aquarium in Boston and Shedd Aquarium in Chicago, operate business-to-business programmes that provide advice to seafood companies on appropriate sources of seafood.

The seafood recommendations of programmes such as the MBA will typically recommend products from MSC-certified fisheries, although it recently changed its rating of MSC-certified Alaska pollock from a ‘best choice’ (or green list) to a ‘good alternative’ (or yellow list) item due to concerns about bottom trawling. Products such as farmed and wild tropical shrimp, despite certification by programmes such as the GAA, remain on the ‘fish to avoid’ (or red list). Thus, clients such as the Compass Group state that they have reduced their purchases of farmed shrimp as a result of these recommendations. This recently changed when the Compass Group announced that it would source farmed shrimp from Contessa Premium Foods, with the approval of the MBA.

Whether this will further change once the Aquaculture Stewardship Council (ASC) becomes operational with its certification programme, and subsequent ecolabelling, for farmed shrimp and other species, remains to be seen. The ASC programme will be based on standards developed after extensive dialogues held for various species by the World Wildlife Fund which has had significant stakeholder input.

Given that ecolabelling and seafood recommendations both play a large role in sustainable sourcing policies for the US retail sector, one might then ask what motivates the retail sector in pursuing these policies. For example, what motivated Wal-Mart to pledge to source 100 per cent of its fresh and frozen wild fish from MS Certified fisheries by 2011? Is it because environmental groups have pressured industry to act, or are consumers demanding sustainable seafood? The actual answer is more complex than either of those posited answers. At the moment, it is certainly a form of corporate social responsibility (CSR), more so than shoppers requesting it. Corporations want to protect their brand image and to do the right thing. Working with environmental groups in a positive fashion is one way to avoid possible negative risks to their brand image. But CSR contains real economic factors as well. For example, in a recent survey we conducted of major US retailers, restaurants, food-service operators and distributors, we found several reasons why they are sourcing sustainable seafood. Among them is the need to promote sustainable fisheries to avoid losing sources of supply due to stock depletion, which imposes real costs to their businesses. Traceability via chain-of-custody certification helps ensure that they are not buying illegally harvested fish. In the current economic conditions, most companies state that these policies are costing their firms more, costs they do not expect to recover from the consumer in the short term. However, recognizing that sustainability is not costless, these firms anticipate that these costs may be recovered from consumers some time in the future, particularly as the global economy recovers.

All this raises several potential issues of concern for developing countries that export to the US. The US imports over 80 per cent of its seafood, and a significant proportion of that comes from developing countries. The US imports seafood from many countries, but among the top 10 in value are China, Thailand, Indonesia, Vietnam, Ecuador and India. China is slightly unique in that a substantial amount of fish is exported to China from developed countries such as the US, Norway and Russia for processing and re-export.

Determination of ‘sustainable’ is done differently, depending on whether one is using the seafood recommendations, such as that provided by the MBA, the MSC, the GAA, ASC, or any one of the many other groups involved in determining sustainable seafood not mentioned here due to space limitations. In the case of seafood recommendations, while relevant documents are posted online, the standards used have not been created in a stakeholder participatory process, the assessment process is not transparent, open and participatory, and of the numerous guides in existence, standards across guides are not necessarily the same.

In addition, developing nations are at a disadvantage in at least two respects. First, in many developing-country fisheries, collection and maintenance of data is a difficult and costly task, making it difficult to prepare assessments either for certification or for recommendations by groups such as the MBA. This makes it less likely that products from developing countries will be on a ‘green’ or ‘yellow’ list; or become certified. A second area of concern relates to the so-called ‘fish to avoid’ or ‘red’ list. When a product from developing countries does end up on a red list, there is generally little funding available to producers from developing countries to mount a counter publicity campaign if they believe this recommendation was awarded in error.

Ecolabelling programmes address both of these developing-country concerns better than do the approaches of seafood recommendations. For example, the MSC has launched its Guidelines for the Assessment of Small-scale and Data-deficient Fisheries project, in which experts and representatives from developing countries which do not have ‘Westernized’ or ‘institutionalized’ scientific data, research and management programmes in their fisheries can meet the sustainability standards without compromising the MSC standards. The number of developing-country fisheries which are certified has increased. Aquaculture certification will make even more progress in this area as much aquaculture production is done in developing countries. Ecolabelling programmes reward producers who fish with sustainable practices or use responsible fish farming practices, as the latter may provide blanket recommendations against entire fisheries according to country of origin, catch area or gear types and farmed species. Ecolabelling allows consumers to easily recognize, for example, farmed shrimp from responsible aquaculture producers, or pole-and-line tuna, in ways that current mandatory labelling regulations and seafood recommendations cannot.

Finally, competition between certification programmes for both capture fisheries and aquaculture may lead to multiple ecolabels on seafood products in the US retail market. For capture fisheries, the MSC is the largest and most well known, but other programmes are Friend of the Sea and NaturLand. In aquaculture, the GAA and ASC will soon be competing. This raises a number of additional issues. As for international trade, exporters, especially those from developing countries, do not want to be faced with requirements to meet multiple standards required of multiple certification organizations in order to obtain multiple labels. That would impose tremendous costs. In addition, there is valid concern about consumer confusion over a profusion of labels.

As the landscape of the US retail market is changing to promote sustainable seafood, this does not imply only issues of concern for developing countries. It is worth concluding on a positive note. Several companies in the US (and elsewhere in the world) recognize that their key to survival in the seafood business relies on the survival of the resource. As such, private initiatives funded by corporations are investing in the sustainability of supply sources. This has created direct investment in communities, gear technologies, data collection and other initiatives in fisheries in the developing world to promote sustainability. Such initiatives, combined with more traditional initiatives such as aid to improve governance of resources for sustainability, will result in an improved resource base and global markets. While these efforts may only be fledgling at this point, they should certainly be encouraged as a step in the right direction.