A study by the collective, Pêche et Développement, reveals the initiatives that small-scale fishermen in Brittany have taken for sustainable fishing

Given the structural problems facing fishing activities, and the current economic uncertainties, small-scale fishermen in Breton, Brittany, France, have taken several initiatives to innovate and work for fair practices and a sustainable management of marine resources. These have been corroborated in a study by the Lorient-based collective, Pêche et Développement, which found that the crisis in fisheries is a complex reality. 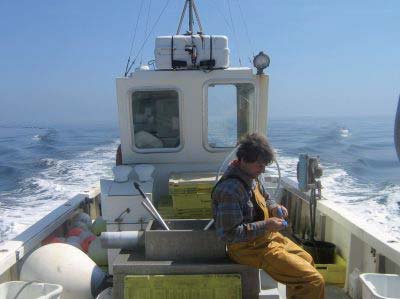 The exploitation of ‘noble’ species, which were closest to the coast, has intensified and, over time, there has been a diversification of the species caught in the same area. There has also been a geographical extension of fishing pressure, with fleets spreading into new zones and repeating the processes of exploitation and diversification. Yet, the crisis in fisheries cannot be attributed only to the crisis in resources and overfishing. Fishermen have to put up with the degradation of the coastal environment and the local consequences of global climate change. To face the crisis that has been affecting them since the early 1990s, fishermen’s organizations have taken control of the management of fishing zones, and have developed numerous complex practices adapted to their territories and needs.

Fishermen have themselves fought against environmental degradation and for resource restoration. In South Brittany, in the Pays Bigouden, fishermen, oyster farmers and environmentalists have worked together to restore and maintain the quality of the estuarine environment that are so important in ecological cycles. For a decade, the association, Cap 2000, has brought together oyster farmers, fishermen and farmers from Morbihan in south Brittany to act to ensure good quality of water. In Côtes d’Armor in northern Brittany, the fishermen have set up an association, AREVAL, to find solutions to the ecological problems caused by an invasive species, namely, the Crepidule (Sea Snail).

Fishermen catching lobsters in the Gascogne Gulf had to deal with the problem of their trawl nets’ selectivity. They worked hard to adopt more selective gear. Scientists have lauded their effort, estimating that about 14 mn immature hakes are saved each year due to their measures.

Fishermen in Côtes d’Armor in northern Brittany have decided to establish zones (La Horaine) where only line fishing is permitted. There, as part of the programme called V-Notching, launched by the local committee of fisheries in Paimpol-Lannion, female lobsters have been reintroduced. All along the Breton coast, cuttlefish fishermen have adapted their pots to reduce mortality and to allow conditions for hatching.

In the 1970s, members of a smallscale fishermen’s co-operative on the island of Houat in southern Brittany built a hatchery that allowed them to raise immature lobsters, which were then transferred to the wild. In Brest Bay,for the last 30 years, fishermen have been leaving seeding zones fallow to let scallops grow until they reach the proper size for the market. Similar projects exist in Morbihan for oysters, clams and abalones.

There have also been some initiatives for the development of alternative energy, although they are still very limited. Fishermen, for instance, are opting for sails. In Douarnenez Bay, a fisherman collecting shellfish with a drag-net has equipped his boat with winding jobs, which helps him save up to 20 per cent on fuel, whenever winds are favourable.

Cheap imports and the collapse of demand from Spain, which was once the main importer of marine products from France, have weakened the fishing sector. Since the fisheries crisis of 1992-93, Breton handliners have got together to create a collective brand, styled as the “hand-liners of western Brittany”, mainly for bass. This has led to transparency and traceability in marketing, ensuring both quality for the consumer and better prices for fishermen.

The experience of AMAPs (Associations pour le Maintien de l’Agriculture Paysanne, or Associations for the Maintenance of Farming) is being replicated in fisheries. In Lorient, for instance, LESPAR (Lorient Ensemble Pour le Soutien à une Pêche Responsable) has been set up to link small-scale fishermen and consumers through weekly contracts for distribution of marine products. Forty fishing families have committed to sell their catch each month to two trawler fishermen.

Elsewhere, the fishermen of Saint-Brieuc Bay have for long controlled their fishery by devising new, less intensive, fishing techniques, and by establishing a fixed licensing quota. Part of the money raised is used for monitoring, control and surveillance activities. Over 500 fishermen and their 250 boats can thus be assured of a secure future, even as wind farm projects come up in the middle of their fishing zones. Other coastal areas are scientifically managing their resources as well: clams and cockles in Pont Labbé, for example, and scallops in Morlaix, Brest Bay, Glenan. Another example is the management of seaweed harvesting in Iroise and Northern Finistère, through a sharing of fishing zones between trawl nets and passive gear.

The fishermen of Brittany have themselves invested in the future by setting up the Parc National d’Iroise, the National Marine Park of Iroise, which is a remarkable example of how fishermen, scientists, environmentalists and government authorities can work together to manage fisheries and protect biodiversity. With the creation of the park, other initiatives such as labelling or the development of abalone fishing have been made possible.

French Research Institute for Exploitation of the Sea: www.ifremer.fr/anglias/